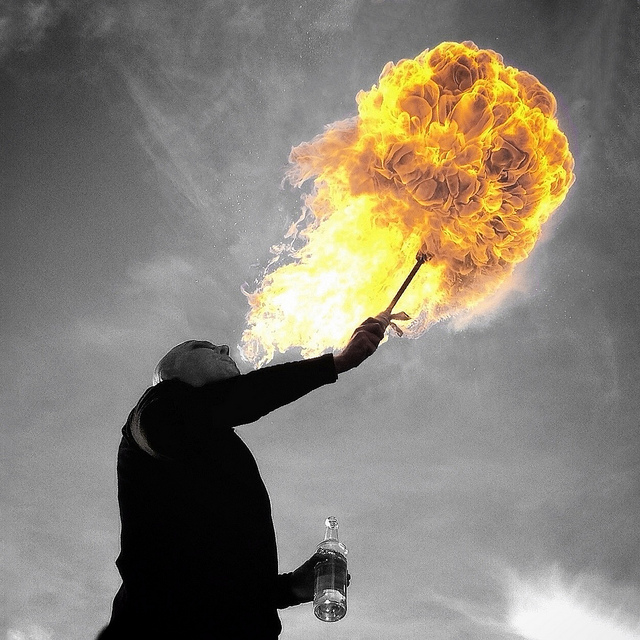 You had a lot to say about cancer anger! And for some, the phrase “cancer rage” better described your reaction to all you have been through. You have to read the comments to this post, entitled “Coping with Cancer Anger.” What a wonderful, empathetic conversation!Bitterness is like cancer. It eats upon the host. But anger is like fire. It burns it all clean. Maya Angelou

The Merriam-Webster dictionary defines an emotion as  “a conscious mental reaction (as anger or fear) subjectively experienced as strong feeling usually directed toward a specific object and typically accompanied by physiological and behavioral changes in the body.” Notice there is no value judgment as to the negativity or positivity of our emotions. They are simply reactions to friends, family, medical professionals and cancer itself.

The truth is we often consider anger to be a negative and try to avoid it at all costs. The social message is loud and clear: Don’t overreact, don’t yell, don’t curse, don’t scream, and don’t ever be impolite. Hold it in at all cost. But how do we cope with cancer anger?

As a cancer survivor, I remember a lot to be angry about. Although I never wondered “why me,” I did feel anger about changes to my body, loneliness, and having to deal with past emotional traumas stirred up by cancer. I was especially angry when a year had passed since my diagnosis and I was not yet “over” my cancer anger.

I also remember being really angry at the people who wanted to move on and forget about my cancer before I was ready to do the same. I felt alone, abandoned and unheard. As my anger increased, it got too big to share with those same people. The only thing that saved me was being able to voice my anger to my oncology therapist, who encouraged me to curse, yell and be impolite. I know it is only due to her being there for me that I was able to work through my cancer anger and get to a better place in those relationships.

The experience which made me the most angry was my first mammogram after my diagnosis. I was already emotional about returning to the scene of my initial bad news, but the technician’s insensitivity pushed me over the edge. She started off on the wrong foot by talking about my history in the middle of the waiting room, where our conversation could be overheard.

In the dressing room, she asked me again about my history (she couldn’t seem to understand why I only needed one breast to be mammogramed.) Finally, I realized that she didn’t even believe that I had had a mastectomy, despite the fact that I told her so many times. At that point, she told me that many patients don’t always know the difference between a lumpectomy and a mastectomy. Really? You try having a mastectomy and then tell me you don’t know the difference.

Next, she moved on to my diagnosis, which in her opinion (despite her lack of a medical degree), was “not breast cancer.” This shocked me, but I looked her straight in the eye and responded that it was in fact cancer. Not to be deterred, she responded by saying that there was some debate whether it was or wasn’t. At that point, I stopped talking because I didn’t want to break down and cry, or possibly punch her.

Despite my silence, she kept talking. She told me she knew someone else who had DCIS and she had a mastectomy too, “so she wouldn’t have to worry about it anymore.” Could she not sense my intense worry and upset at that very moment? Or did she actually think that my mastectomy made it all better and I had nothing to worry about anymore?

When the mammogram was completed, she invited me to take a rose. I considered not taking it, because I was nauseous from the whole experience, but I did to keep my head down. I got dressed, holding myself together, walked as fast as I could out of there and got to my car, where I broke down and cried. When I got home, I threw away the rose.

A day later, I was still over the top angry and knew I had to do something. I decided to call the breast center and complain. When I talked about it later with my therapist, she applauded me for calling, but asked why I felt I had to hold it all in while I was there, rather than let the technician see the hurt she had caused. It was an excellent question.

The bitterness of cancer anger was exactly what I was feeling before I made that phone call. By holding in my anger, I caused it to eat through me, rather than use it to deal with the source of the problem. Once expressed appropriately (by complaining about how I was treated) my anger burned clean my resentment and bitterness. I felt validated. I felt empowered and I felt heard.

How have you coped with your cancer anger? Have you been able to express it constructively, or have you held it in like I did?

Well said Debbie! So appreciate your honesty and courage to talk about this topic! I felt as if you were telling my story – exactly…down to the invalidating doubters in the mammography office. WOW! But then I pondered, are you telling all of our stories? How many of us have had that exact same experience? So glad you called the office the next day. And as I always say, unless you’re standing in my shoes, (even a year later), just let us be because the grief continues, the sadness remains and the scarcity for the future continues. THANK YOU!

It’s a shame how many women have related to this story. It just proves how difficult it is to carry this burden of survivorship and cancer anger. It can be so very isolating. That’s why support from others who have been there is imperative. Thank you for supporting me by getting it.