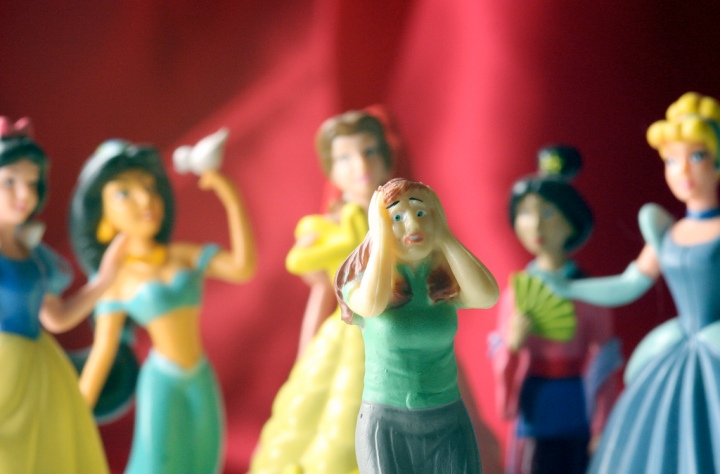 One of the hardest things I had to deal with after my mastectomy was the pressure to be over cancer.

I know they meant well, but the friends and family who announced “the worst is over” and moved on left me behind in their dust, unable to follow.

Of course, all of the pressure I felt wasn’t external. I pressured myself too by expecting somehow to return to “normal,” an expectation that took its own sweet time to die.

But slowly, and with immense support, I learned how to relieve the pressure.

The emotional fallout of cancer takes a heavy toll. Experiencing your feelings in your own way, at your own pace, can be a challenge.

My pre-cancer self knew nothing of the disease. I stumbled through the four and a half months it took to get a diagnosis like a kindergartener in a graduate course.

At six and a half months in, I had a mastectomy and reconstructive surgery. By then, my bright red, hip-to-hip scar, missing nipple and asymmetrical breasts gave me a pretty good handle on cancer’s physical effects.

Getting my head around the emotional consequences was infinitely harder.

Looking back, it’s not like I didn’t feel anything. I was miserable, fatigued, lonely, stressed, angry and overwhelmed. But, unlike physical scars, the severity of those wounds wasn’t obvious when I looked in the mirror.

In fact, people I trusted told me the exact opposite. As soon as I got home from the hospital, friends and family expressed relief that “the worst is over” and returned to their regularly scheduled lives.  A cancer survivor I knew and one of my doctors assured me that cancer would take a year of my life and then “it would be over.”

On the one-year anniversary of that first frightening mammogram, I was nowhere near over cancer and hit a new emotional low. Luckily, I was seeing an oncology therapist. She pointed out the futility of trying to conform to a set end date and empowered me to believe in my right to experience cancer in my own way, at my own pace.

With her help, I learned how to cope with the pressure to be over cancer:

1. Focus on Support: When we’re sick, we go to a doctor. It shouldn’t be any different when we’re emotionally traumatized. I had no clue how to get out from under my misery, fatigue, loneliness and anger when I started seeing my therapist. Working with her helped me slowly face and dissect the pain behind my emotions and get to a better place.

2. Focus on Healing: As a five-year survivor, I can honestly say I’m not over cancer and probably never will be. I have, however, healed to a great extent and am much less emotionally distraught than I was during my dark days.

3. Focus on Connecting: Talking with other patients and survivors let me know my emotional struggles were normal and I wasn’t alone. It may be a club no one wants to join but, once you’re in, belonging connects you to others who are uniquely qualified to provide understanding and validation.

A pivotal moment of healing came a few months after my surgery when my husband and I were invited to dinner by friends. I balked because I wasn’t over cancer and was trying to hide it by telling people I was fine. I was exhausted and sick of lying, but afraid to let others in on how hard cancer hit me emotionally.

When our friends asked how I was doing, I answered honestly and was shocked at the relief I felt. Better yet, the trust I put in them was rewarded with empathy and compassion and I was able to go on with the evening feeling heard.

Dealing with the pressure to be over cancer isn’t easy, and it’s not something I could have ever done alone. It takes work, time, and a great deal of support.

Do you experience pressure to be over cancer? If you do, do you find that pressure difficult to deal with and what do you do to cope with it?

Thank you for this article

My best friend is 30 years old, and she just finished treatment and is having her mastectomy and reconstruction before starting radiation. I’ve learned so much about cancer through her experience. It’s a long journey, and being done with treatment and surgery does not mean the journey is over. There are so many things that will be with her for the rest of her life, and I was completely ignorant to those things. People just aren’t aware until they are going through it or know someone going through it. I think I often struggled to find the right words with my best friend–even though I’ve never been at a loss with her since we’ve known each other over 25 years. This article is a great read for people just starting the cancer journey themselves or know someone just starting.

You Bring an Interesting Perspective to This Discussion

You bring an interesting perspective to this discussion. I was ignorant too before I was diagnosed and would surely have been at a loss as well. I guess we learn what we have to and I’m so happy for your friend that she has your support and understanding. Thank you for sharing your experience with us.